What it takes to be CEO – From idea to acquisition

After 12 years of running Ticketscript, Frans Jonker spent the better half of 2019 travelling the globe. With more than enough time on his hands to reflect on how he and his co-founder Ruben Meiland grew their online ticketing company into the leading player in Europe. To finally getting acquired by Eventbrite. As founder of Ticketscript and later General Manager Continental Europe at Eventbrite, you could say he knows a thing or two about what it takes to be CEO.

Several stamps in his passport later, Jonker acts as an advisor and investor for startups who need support with international expansion. Even though he’s done it himself, he’s fully aware of his limited role in a company’s success. “I have some experience, so I can prepare others. But it’s still up to the founders to make the final call. Someone who shares their opinion can be useful, but that person will eventually stand up and walk away. It’s up to the team to execute, to never give up and to always be a bit smarter than their competitors.”

To emphasize the importance of the founders, Jonker shares five traits to obtain as startup CEO. We at UtrechtInc are fully aware, we shared five traits of a modern business leader a while back, but hey, no one ever said the life of a founder is easy.

Not building something people want, is commonly referred to as the number 1 reason why startups fail. However, not starting or pushing forward when times get rough, could actually come close. If you don’t like your job, you can quit. But when you’re building a business, you probably have employees, a co-founder, maybe investors, but hopefully and more importantly, customers. When you’re in that situation, quitting is not an option.

You can’t take a 4-month sabbatical to find yourself in a private retreat on Bali. “We’ve gone through good and bad times, but I’ve never thought about giving up,” Jonker shares. “I’ve thought about what’s next, which is why the acquisition came in such a good moment. But not wanting to quit has to come naturally.”

“We live in a time and age where running a startup has become a lifestyle thing. None of my friends or classmates started a business after graduation. Instead, they all signed at multinationals for a nice fat monthly cheque. Now, everyone knows the term ‘startup’. But few realize the life of a founder is about hard work and making it out of the idea phase. Not to mention how stressful it can be if things don’t work out.”

Another golden rule startup literature repeats often, is that founders need a vision. Which commonly translates to ‘moving forward despite what people tell you’. “In reality,” Jonker shares, “it is quite common for founders to find out their proposed solution isn’t what customers are looking for early on in their journey. All you can do, not wanting to vanish in oblivion, is to find out why it’s not working and what you can change to gain traction.”

Key to finding out what customers value, is starting out at the right time, with the right product. “A product that has no value, isn’t useful for customer validation. But neither is a SAAS solution with all planned 99 features. Look at what your customers do manually, and improve their workflow. And most importantly, don’t forget to launch.”

You can be satisfied with your growth, but at some point you have to look elsewhere for the future of your company. “The thing is, for most companies, in your own market you grow organically. Whereas in neighbouring countries, you often find yourself unable to figure out what’s stopping you from reaching your goals.”

“When we had a strong position in The Netherlands, we entered the German market. A very traditional market, no innovation at all. At some point we realised our offering was just miles ahead of what they were willing to adapt to. Of all the innovations in our platform, the Germans were always the last to accept it.”

“The UK was the exact opposite. We had the resources to acquire a local player, a direct result of a lesson we learned during the struggles in Germany. The lesson being, every European country has its own culture. And here we found a group of people who knew exactly what the British wanted. They helped us make great decisions, including our focus on mobile services after the popularity of the iPhone exploded in 2009.”

Several years later, Ticketscript found itself at the other end of the table, when they got acquired by Eventbrite. “They always wanted to be a global player, where we solely focused on Europe. But what’s difficult for startups expanding throughout Europe is sometimes even harder for US-based companies. Entering a market as dispersed as Europe, when a homogenous country like the US is your home, can be extremely hard or expensive.”

As a fledgling company, resources are slim, so being the founder of this endeavourment, you need to find ways to make do with whatever you have. Luckily, there are two important things that shouldn’t cost you a top bill.

In the early days, you need people who share your vision and who see working with you as more than a job. “Ruben and I improved our product for days, weeks, months. Because time was all we had,” Jonker says. “He had the technical skills and I was more commercially focused and together, we just kept going at it.” You need people to work with you on the promise that this is going to be big someday and that they’re making a change for the market and the company’s shareholders.

“When I see anyone of the team from back then, it’s immediately like it was in the old days. The bond we built, through all the difficult moments and all the good times, is just incredibly strong. Working with the right people is so incredibly important,” according to Jonker. The question then is, how do you know who’s right and who isn’t?

“Our first hires weren’t always the best, so we had to accept that we’d learn on the job. The hiring process was very basic, we didn’t have an HR manager, so we had to filter candidates by letting them work with us.”

“Secondly, we didn’t look at experience in the beginning. For two reasons. The first being that we simply couldn’t afford it. The second, more importantly, is that character was way more important in this stage of the company than experience. We looked for people with a hands-on mentality. We selected those who would push through in tough times. We searched for resourcefulness. Eventually we found the likes who joined us to scan tickets and ended up managing the entire logistics organization.”

“We realized we needed to create a structure and to implement processes when not everyone in our team was feeling comfortable anymore,” Jonker explains how they approached this.

“Setting up processes and structure starts with the mission. You want to realize something and to achieve this, you need to perform certain tasks. Following this direction, the bigger goal translates to day to day operations.”

“Then you increase investments in your management team. You start attracting a different caliber of people. People with a track record. People you don’t select on talent, but on knowledge, expertise and a network in their field. You let them do most of the rest, like structuring your teams and selecting the tools to manage the organization.”

“As a founder, you have an idea of where you want to go, but it is necessary to understand that the way to get there is with a team of people who know a lot more about their work than you do. After setting the mission, it’s up to you to find the right people and take a step back. You need to give people the autonomy to act on their own.”

During the course of your company, CEOs will find themselves in a position of having to make a do or die decision. Whenever this happens, Jonker urges founders to act responsibly. Not only towards themselves but also towards their team members and customers.

“We were approached by potential acquirers before Eventbrite entered the picture. Some didn’t value the company the way we did. Some, we felt, didn’t share our values. It didn’t feel right to leave our team and customers in their hands. Eventbrite on the other hand, had created an environment similar to ours. One that just didn’t focus on Europe much yet.”

Jonker and his team approached the acquisition thoroughly. “As a self-operating growing company, you don’t want to tell the world you’re thinking about selling the company to a bigger global player. You share the news when you’re 100% sure it’s a done deal. Before that, you go through the steps with your CFO and representatives of your shareholders. And when you do share, you first inform your team leaders, so they can answer questions.”

“And even after the deal’s signed, you’re not done,” Jonker says. “The first few weeks might feel like nothing happened. Depending on the deal, that might continue for a while. In my situation, we agreed that I would join Eventbrite as General Manager Continental Europe to fully integrate Ticketscript. Managing a bigger number of customers and a larger team was interesting for me personally. But more importantly, it felt like it was my responsibility towards the team and our customers to leave them in capable hands in a new environment.” 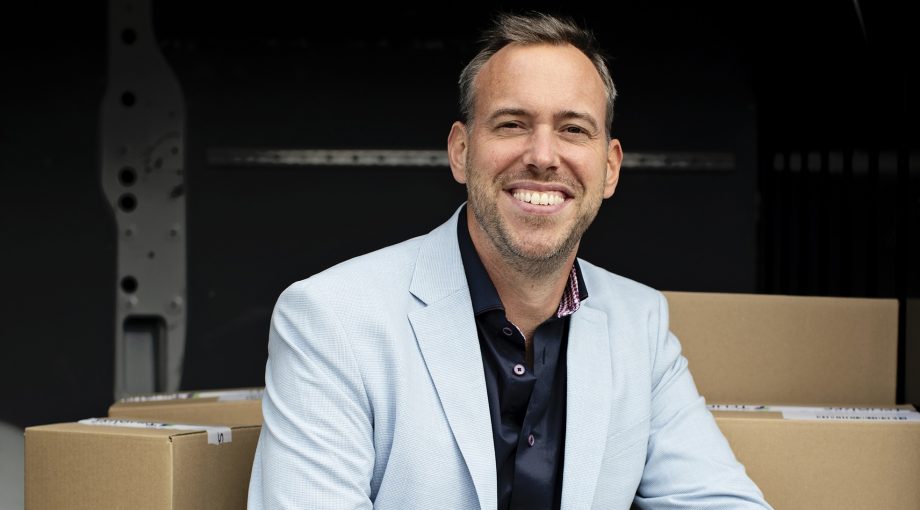 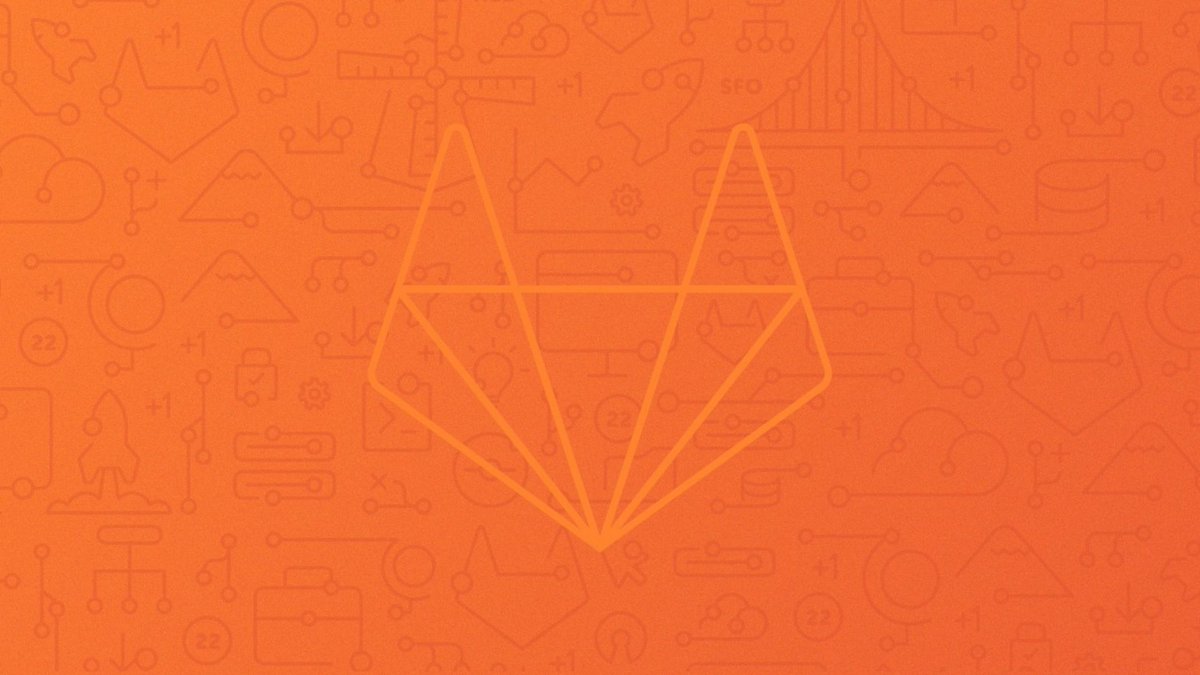 We hosted a fireside chat with the CEO & Co-founder of GitLab Sid Sijbrandij about his journey a...

@Swipeguide is one of the 20 European scaleups that made it into the finals of this year’s EIT Digital Challenge https://t.co/KkIbkS55jj Iwell has developed the Cube, that stores clean electricity, and returns it when necessary. This way... Withthegrid has developed a software application that helps energy suppliers to manage the condition... Skullycare has developed an app and an algorithm that measures the shape of the head of a baby. By u... Orbisk has developed a fully automatic food waste monitor. The monitor as an AI-based camera that au... Watermelon builds chatbots that clients can use to automate customer conversations and collaboration... Sundata provides owners of solar panels with information on the performance of the panels. Clients a... Recruit Robin has developed an AI tool that enables recruiters from companies to save time. Based on... Sensorfact helps industries to reduce their footprint and energy bill by eliminating energy waste in...