In his years as editor in chief at Sprout, Remy Ludo Gieling has learned that being a ‘media person’ involves having a ton of assumptions, testing vigorously, and accepting that most of your ideas die a miserable death. He loves sweating new and uncertain areas – mostly because it all adds up to building a brand, connecting to a specific niche, and designing new products and services that match his audience’s needs.

While at Sprout, Gieling has spent half a decade building various products, including its latest bookazines and books. Always starting from their audience’s perspective: “What are people really waiting for and how can we achieve as much as possible with as little resources as possible.”

From his years of experience in media companies and building products, Gieling outlined a simple, but powerful framework that startups must use to get their audience, including the press, to talk about them. Here, Gieling shares the steps and exercises.

It all starts with your target audience

Gieling can’t stress this enough: “You have to start with a niche. Your resources are simply too limited, which means you can’t spend your time on everything that catches your attention. It’s better to do one thing perfectly, than five in a mediocre way. This builds a strong brand and creates word of mouth and ultimately organic growth.”

To build a strong reputation, “you need to set your own course, decide on your end goal, and find the people who help you get there. And remember this is an iterative process. You’re not done after one take. You have to get your team to continuously ask themselves three things: are we doing the right thing, are our channels are still worth it, and is development still up to our standards. Then double down on what works.”

If you’re at a new startup, you may feel like you only have days to make your mark, not months or years it takes to build a brand. So what do you do? “Every founder needs to go through these five steps,” says Gieling. “And it starts with realizing marketing is never a goal in itself and that branding is a repeatable process that takes time. One that might not directly lead to measurable results.”

Go big or go home. Stand out from the rest

No business would survive by only coloring between the lines. You actually have to stand out from your competitors. Those building a similar solution or incumbents who want customers to keep doing things the old way. “So instead of following the trend and collaborating with influencers, there’s nothing more boring than hipster princesses who feel the need to share an opinion about everything, you as a startup, have to stand out.”

“You have to create as much value as possible with as little resources as possible,” Gieling repeats. “It’s not like you’ve already built a valuable reputation anyway.” Gieling mentions the outrage following the New York Pizza campaign where women’s breasts were covered with cauliflowers. “It might not be hyper inclusive, but at least they tried something. This is still better than ending up on the pile of hypocrite companies who drained their environment for decades and now feel the need to boast about their purpose.”

Decide on the right channel

Stop. Before you launch a social media campaign, buy a set of billboards, or reach out to journalists, take the time to think about why you exist and for whom. And what you need to reach your goals. “In the last five to ten years everything has been about acquiring leads, but if certain tactics related to branding are needed, do just that. An obvious channel to test is any form of online advertising, but when enough companies spend increasing amounts online, the more affordable offline channels become. And even though you might have an online product, offline presence might be a reason for potential customers to stop by and experience your proposition. With the hundreds of messages people take in on a daily basis, you have to stay top of mind constantly.”

Gieling challenges startups to think bigger. This doesn’t mean you should expand your propositions for additional audiences, he urges to stick to your niche and find the right channels to scale internationally as soon as possible. Which is why he’s a fan of events. “Events can be a very cheap way of getting in touch with customers, especially for startups. Not to mention that the real world happens outside your office walls and events will show you that the world is much bigger than your initial estimates.”

Let’s run through an example. “I remember Somnox, a Dutch company building a €500 sleeping robot, who went to CES in Las Vegas because they realized their home market was too small. The founders did some research and found that out of all the 100.000 general participants, 40 relevant journalists would attend and they all had their own room in various hotels across the city. That insight helped them decide on a campaign that lead them to visit those hotels and leave a robot to use for free. Which eventually resulted in mayor coverage, including a mention by CES boss Gary Shapiro himself, on the main stage.”

Why do you even want to be mentioned by journalists?

“The best startup founders are barely featured by journalists. They reach their target audience in a different way. While at the same time, many other founders reach out to boost their ego. It’s even worse when they ask me to ‘write something nice about them.’”

When you do feel your goals require media coverage, Gieling has clear suggestions on how to approach this. “First, realize that journalists are very capable of saying ‘no’. I personally say no at least fifty times a day. You might think your startup is the most important thing out there, but others won’t. They have their own shit to solve.”

“Then, think deep about why you need media coverage. To reach whom? And where can you find your target audience? That will help you to decide if you should target a large newspaper or a niche newsletter that solely covers your field of expertise.”

Gieling also shares a few comments on what might trigger journalists to write about you. “If you target business media, don’t bother sharing ideas. Ideas are worthless. We are looking for successes and fascinating failures that are of interest to our target audience. Experiences and lessons. For example, when you’ve raised money, how did you do it, and how might this benefit others? Don’t write for yourself, but for us and our readers. And reach out proactively. Journalists have more than enough to write about, so it’s up to you to get noticed.”

When you do have their attention, make sure you make it as easy as possible for journalists to share your story. “Provide them with great imagery of the team and your product, make sure that you repeatedly publish content through a news room, such as pr.co or Buzzpress, and last but not least, let someone else write your press release for you. You are too closely attached.”

Make sure you are the right person for the job

There’s a large group of people who look at entrepreneurial successes as their end goal, instead of starting a business as a means to an end. “I recognize the feeling. I mean, it’s cool to be an entrepreneur these days. But you should be aware of the difficulties that you’ll face as a startup founder. The many times you’ll fail or the endless rejections from potential customers, investors, and journalists. Most successful founders struggle for years, some even more than a decade, before discovering gold.”

As a founder, it helps to know the market. Gieling recollects several exceptions, but even more founded by people with experience in those markets. “What’s essential is a level of bias towards the mayor players and their flaws. An added bonus is that for us, journalists, those are the people who give us energy and who are for that reason more fun to write about. Even though real entrepreneurs can be a pain in the ass from time to time, they can always find something to complain about, they are also the rebels who inspire others and who are the most fun to hang out with.”

Starting is hard, isn't it? Giving the first step is tough ?but what if I tell you that there is a program where you can actually do a leap between your idea and a Startup? ? Check it out it's free! ?https://t.co/qiuvm7ZFvQ 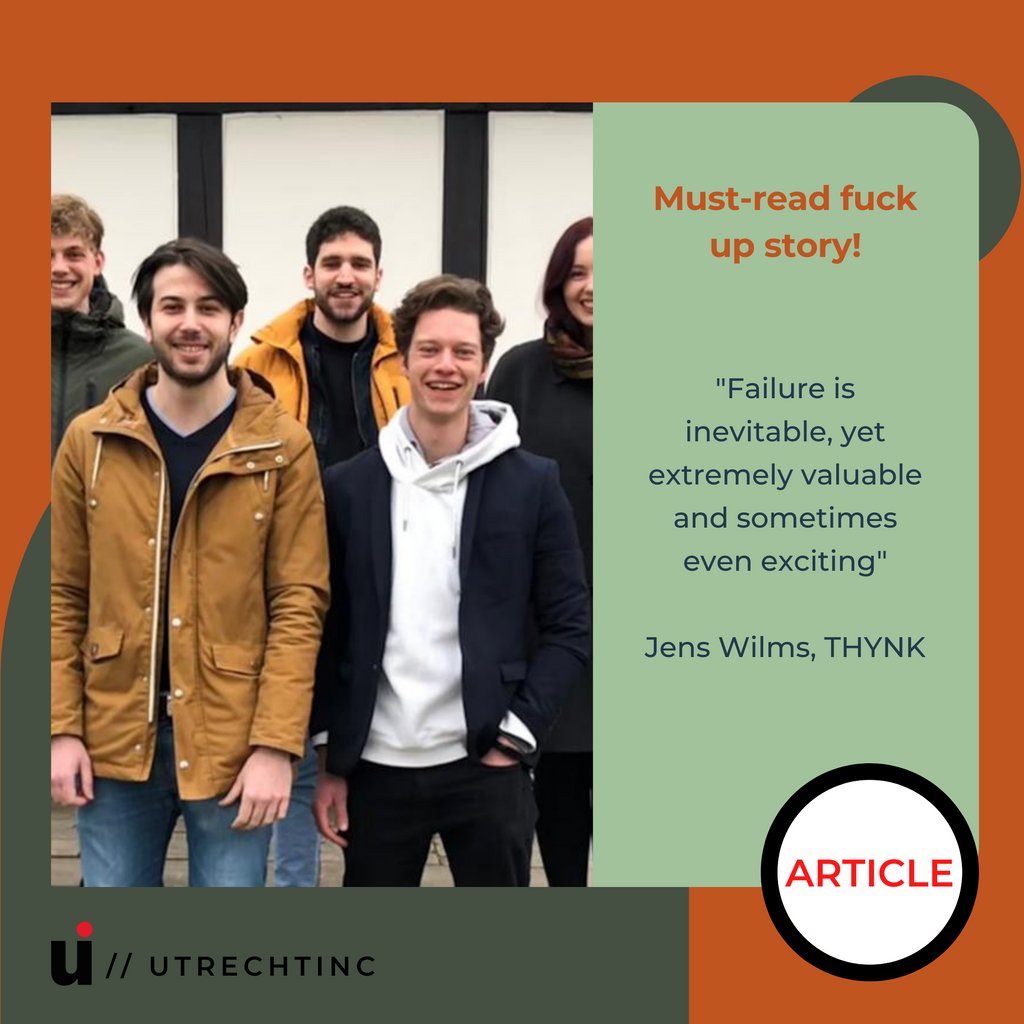 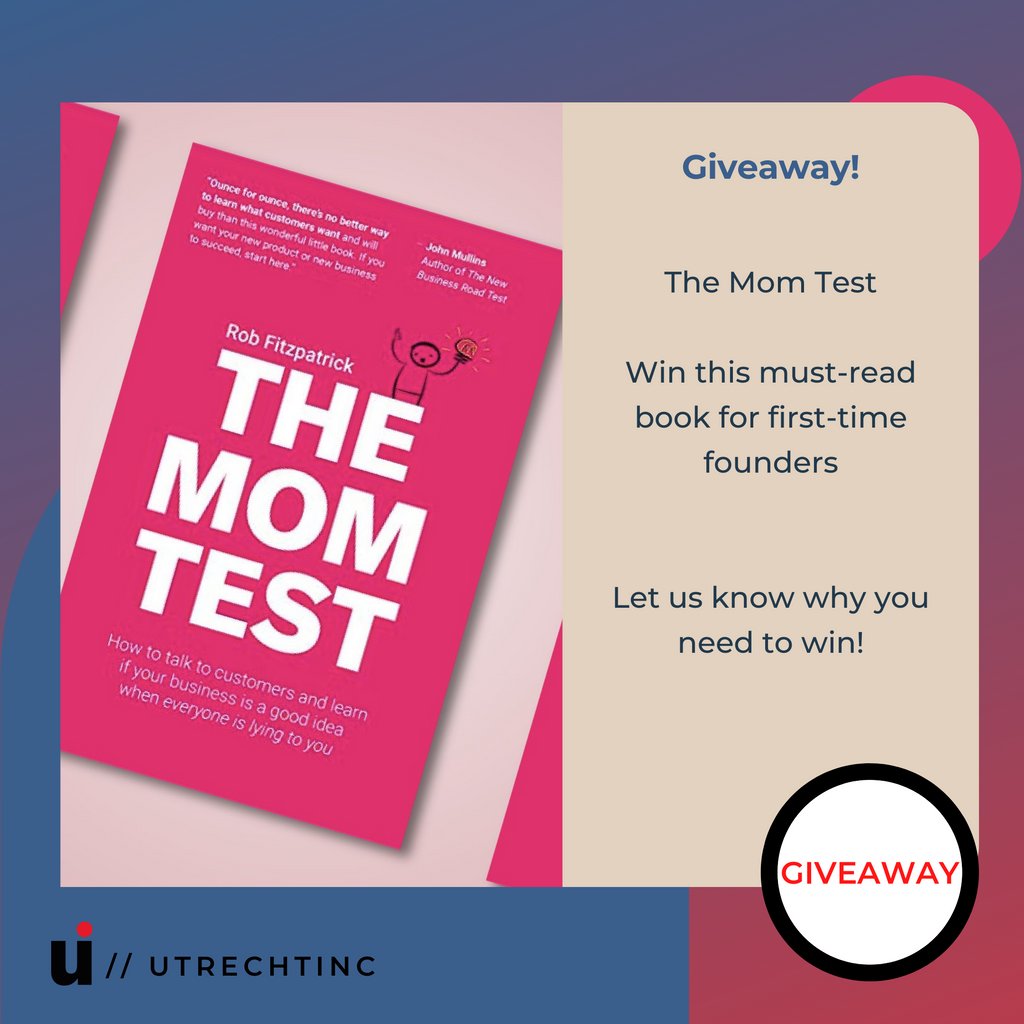 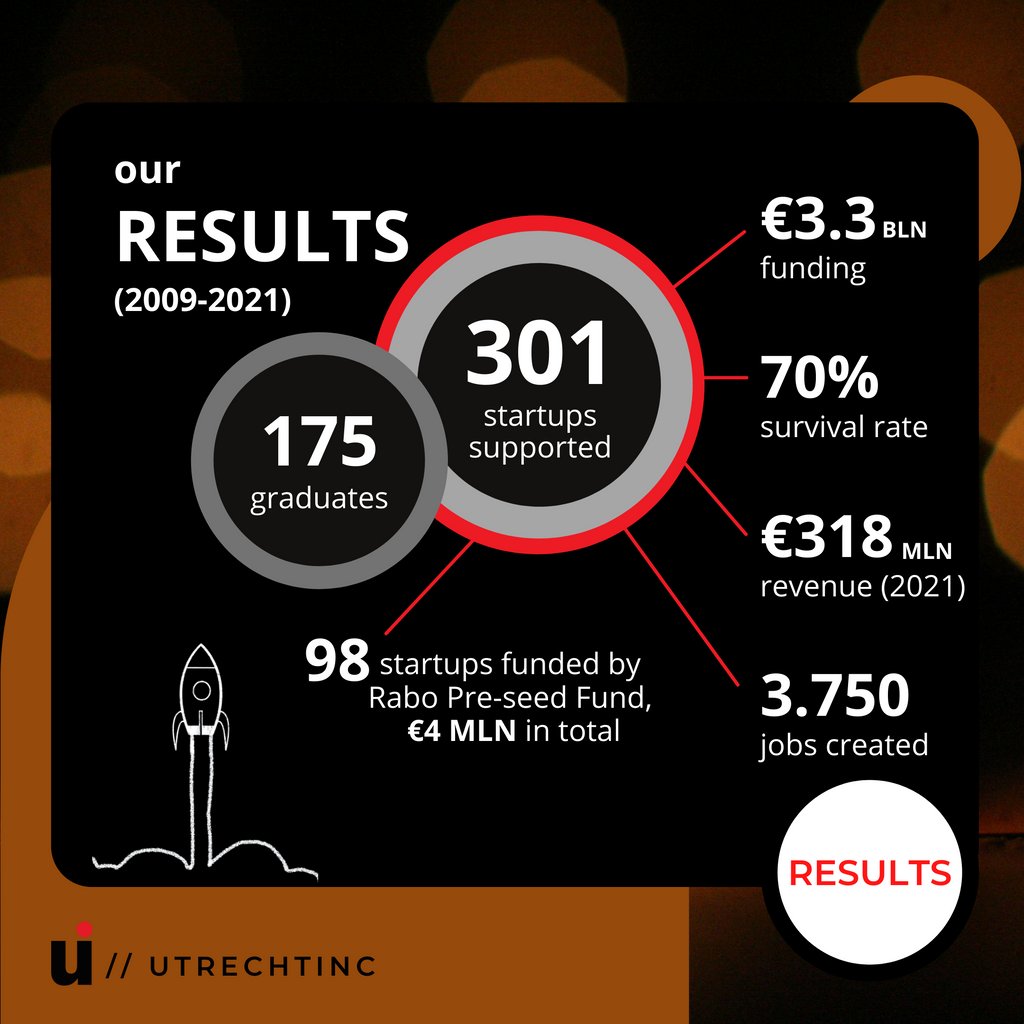 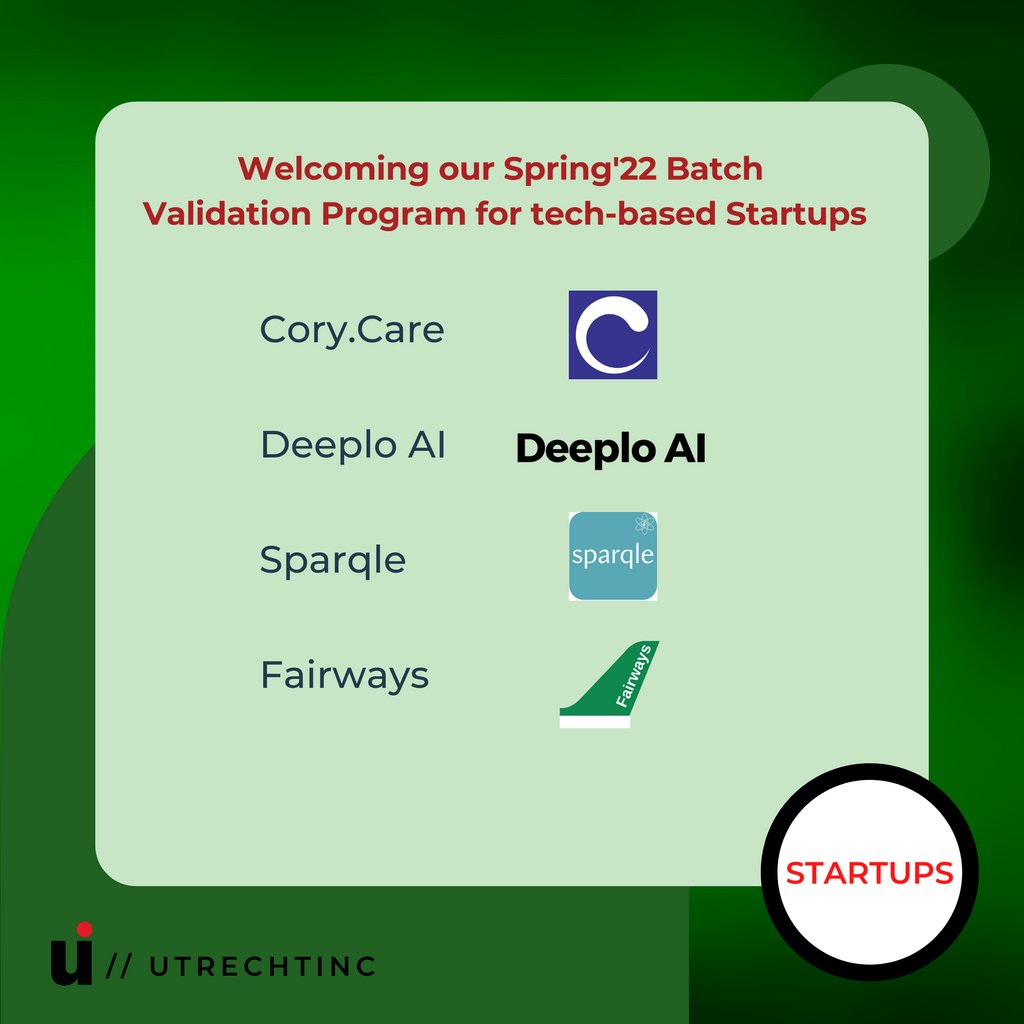 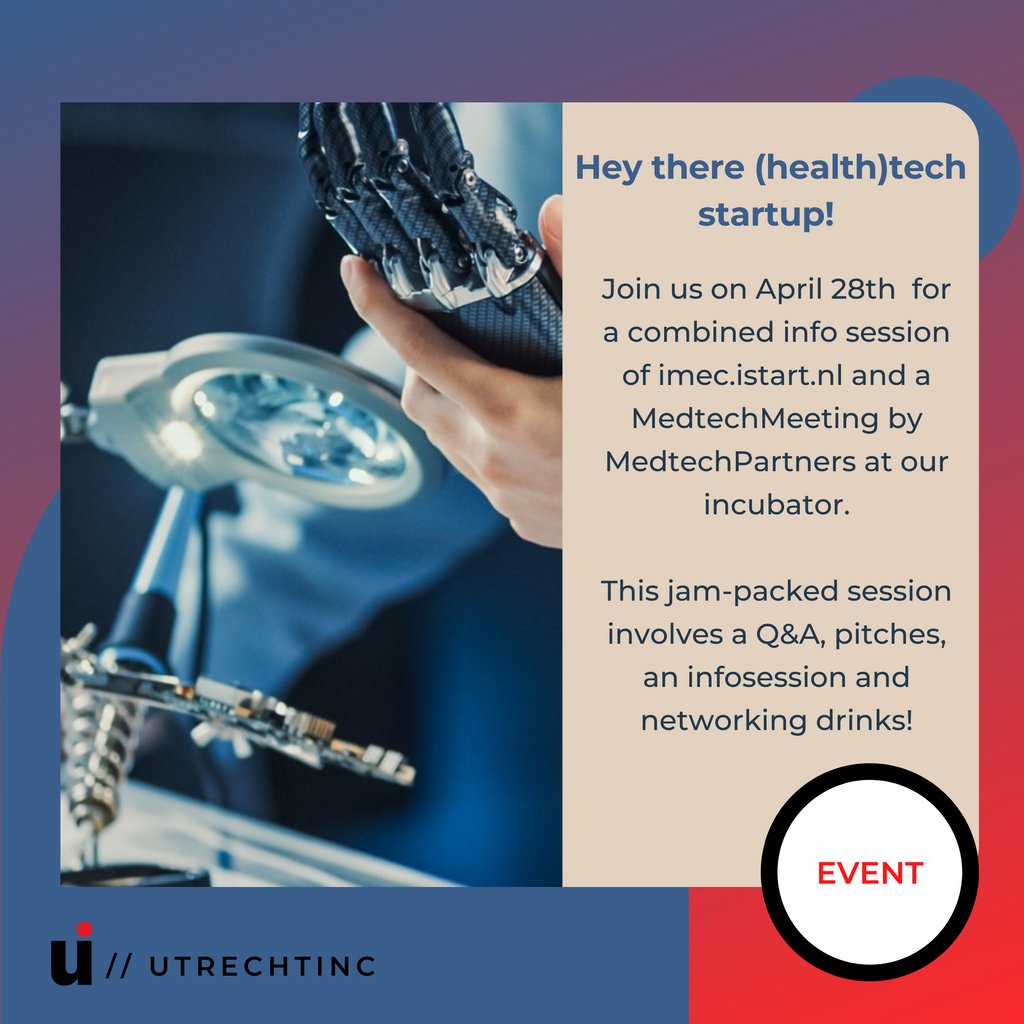 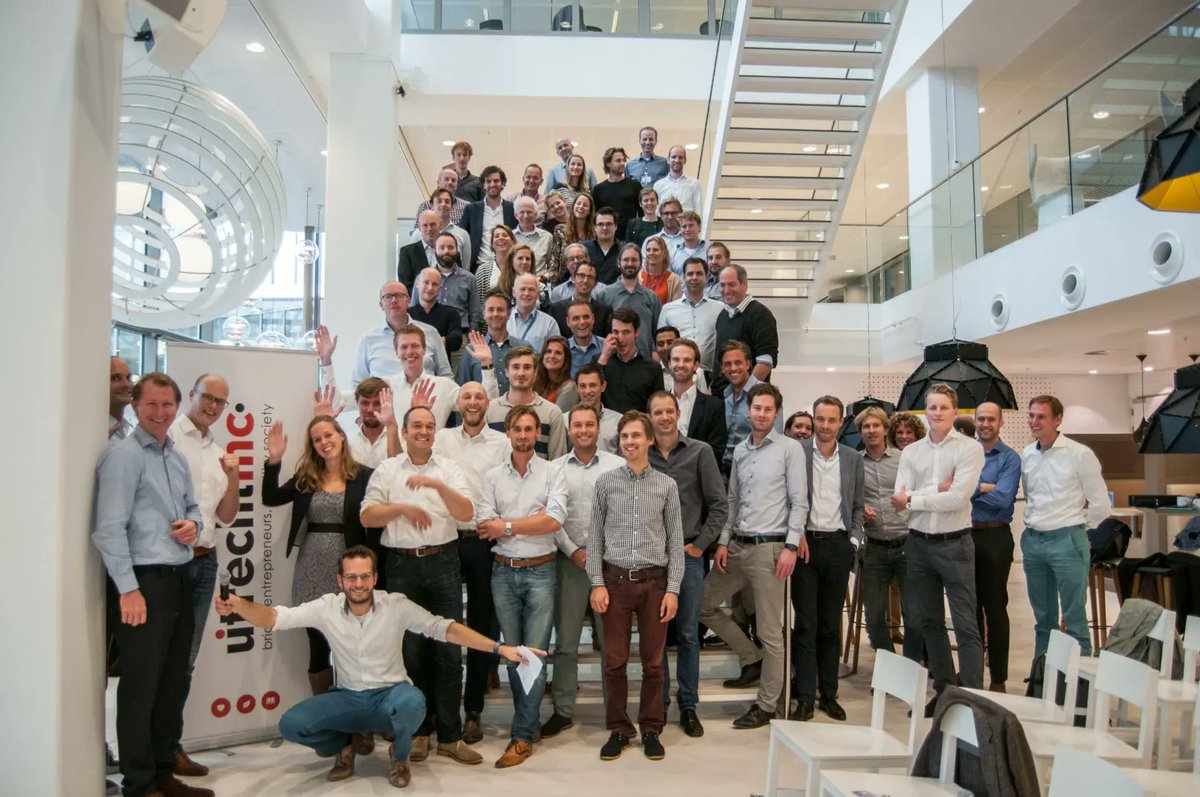 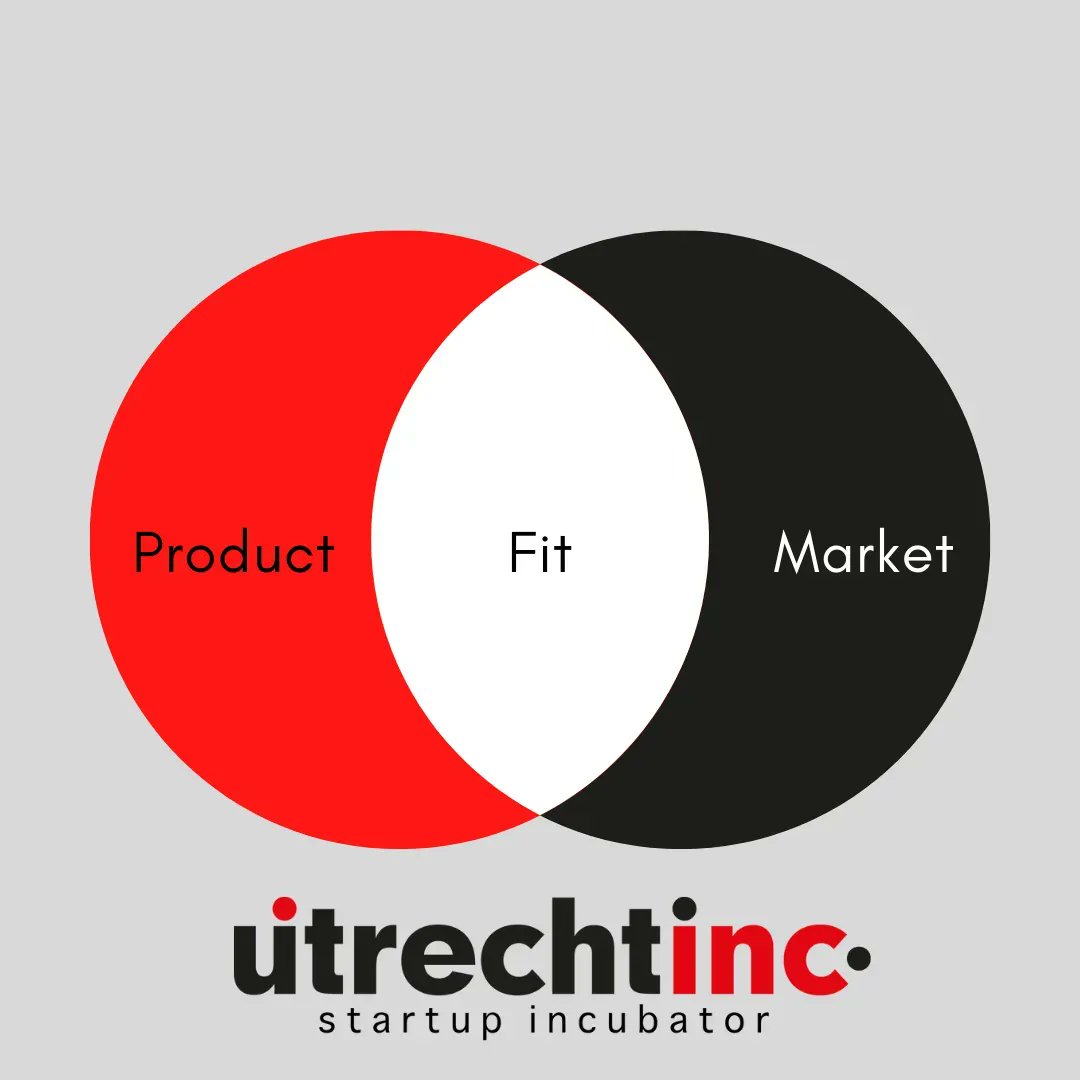 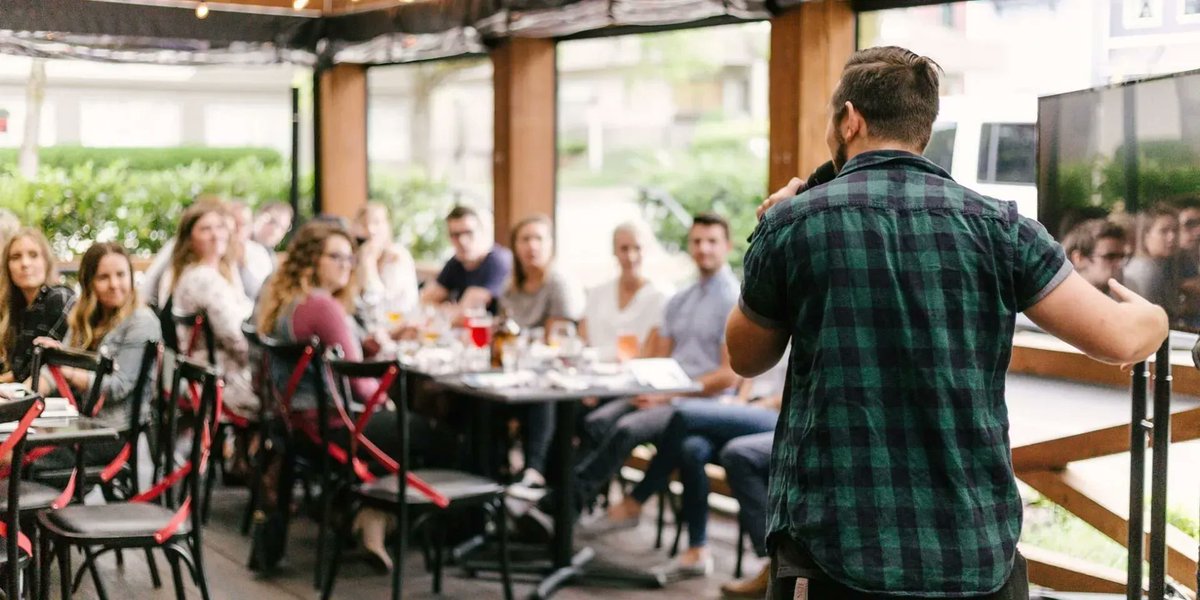 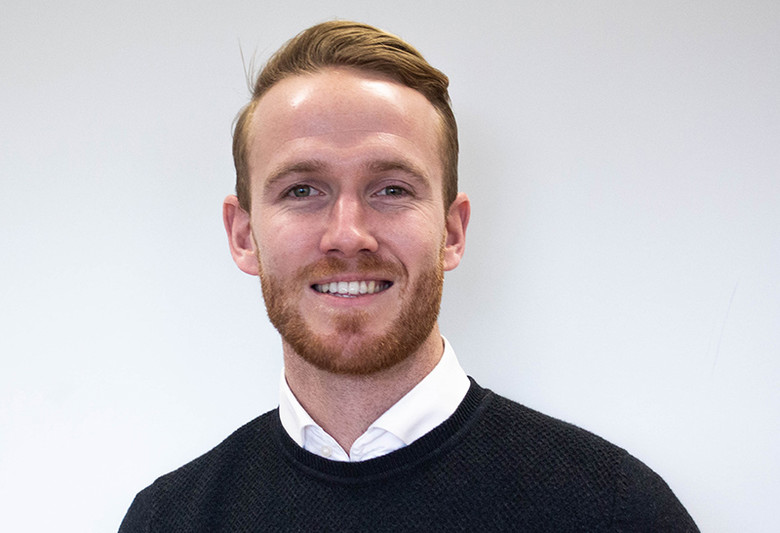 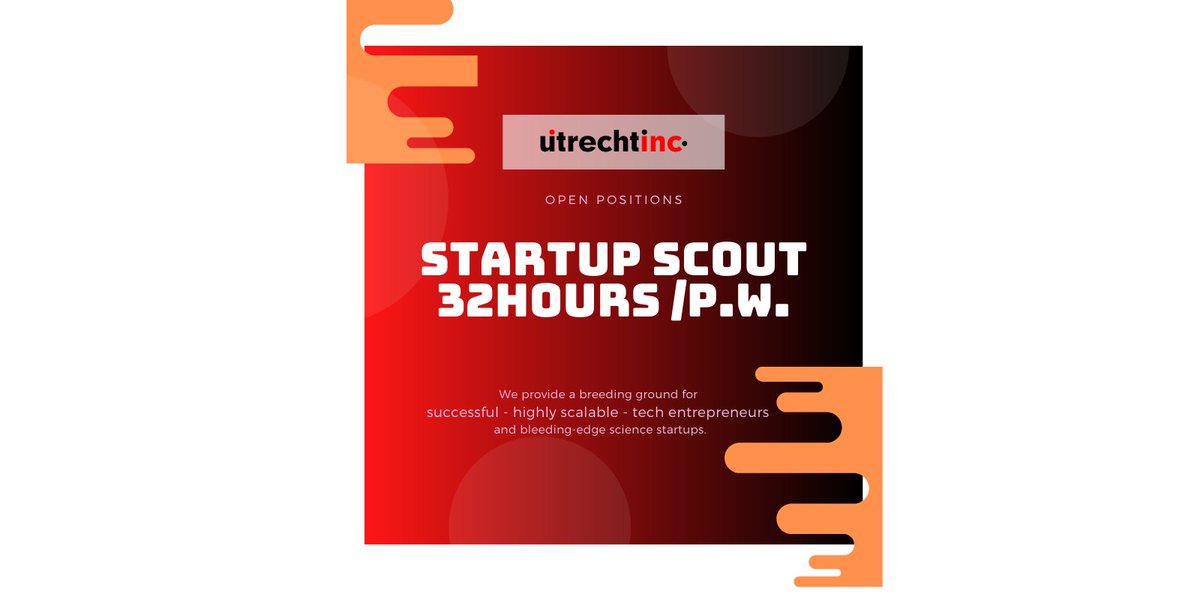 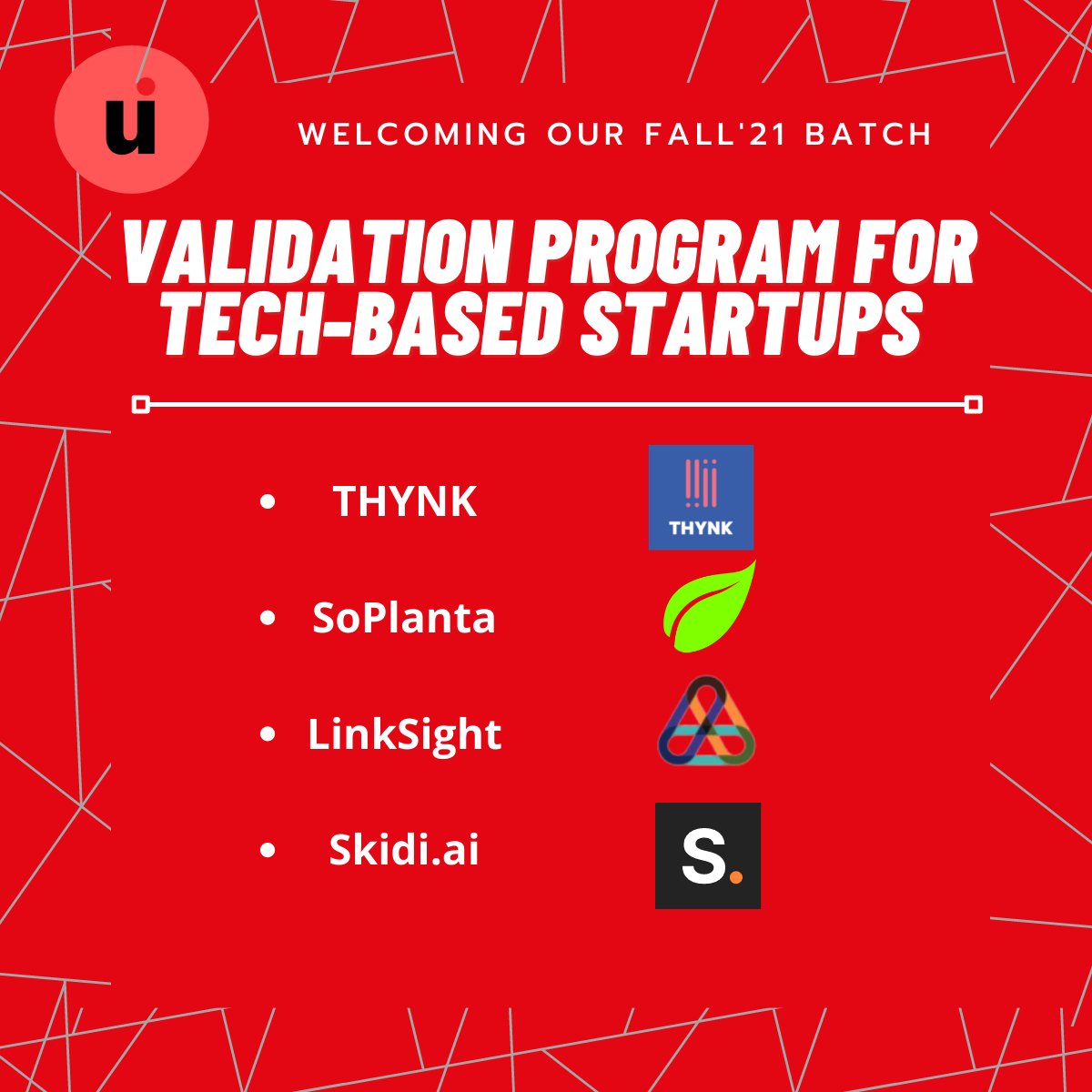 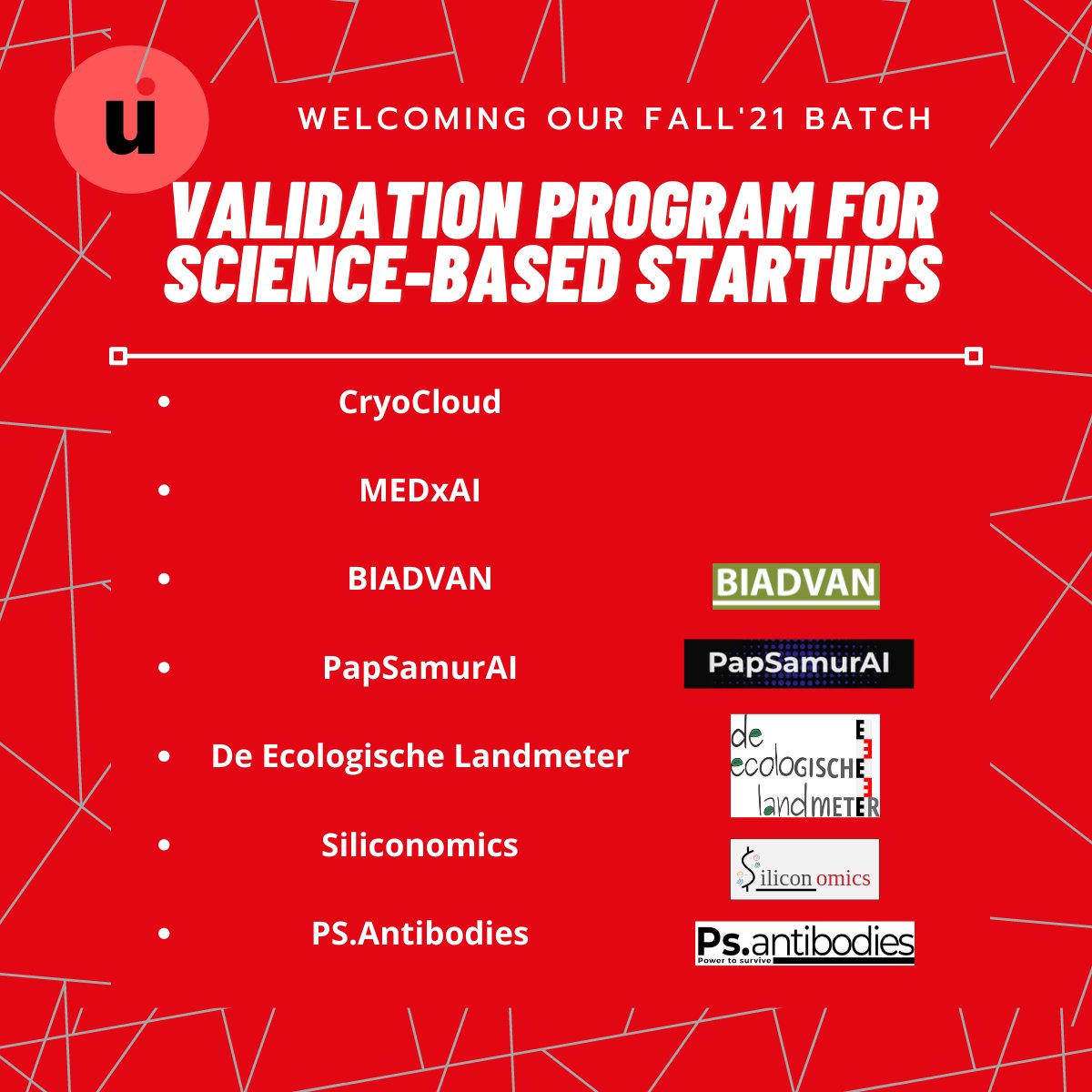